A handful of reports - ROTMG Tool

Is there a normal player with donator items? Somebody over spawning? Please tell us about it here!
Topic locked
Post a new topic
2 posts • Page 1 of 1

A handful of reports

This is a list ranging from over spawns to godmode hacks, let's get right into the.... Reports I guess.

OK so again for some reason the pictures will not show up so I will have to send them to whoever is reading this through discord.

So I notice Ehide has a sentiment staff, then I tell him he could get ban but he says "i use this if i wanna play like a normla person"

So he shows me his donor account (dumb idea he already broke rules) and in arena he spawned SO MANY ARCHDEMONS THERE WAS A BLACK BOX, it was probably 20,25 (when that starts to happen) basically he should read the rules, that was pure stupidity to over spawn.

We have another donor alt (I hope) his username is blobmanya.
He had donor only items, he had the following items:

So next guy is kasseo.
He had a doku, no further comment he did not speak in chat

AND NOW THE WORST HACKER OF THE DAY GOES TOOOO... law flower

I going to admit he is smart, he tanked o4 shots thinking the "noobs" like me had died, so he stands there taking 3 shotguns and one while he went invis (he is rouge) is not do to lag because he never moved. He left and a minute later he comes back and I accuse him of godmode hacks and he leaves again the when he comes back he dies (unpurpose) and when he comes back he said "what afs" SMART LITTLE BAST***

Finally neobro, he was using triple shot hack client and me and the donor spawning said "Hacker" (I said screw you but you know)
So this donor loves to joke around and tells all the hackers "all I have to do is /ban neobro" (if it was that easy then count me in) and he says "srry i will stop never again pls just don't ban pls"

I hate hackers, this server is fun, its these idiots that act cool and ruin it all. Every time I told them you can get ban for having sunshine shiv they called me a A** and said I hope I get the snitch rank, now I know the chat is being monitored so I would rather not but pm me a message calling me a snitch and I will happily tell you what I wanted to say AND MORE.

God that was only in 30 minutes of playing, bob 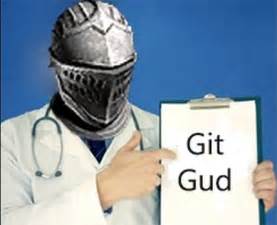 Location: In the corner hiding from the cult of admin.
Thanks: 4

Send these images to my Discord account. Shouldnt be too hard to find me.

/Locked
Not banned until I receive proof.
[center]You cannot kill what is already undead..

Location: Sitting on my crystal throne behind the thousands of Crystal Prisoners that forever protect me.
Thanks: 18