Is there a normal player with donator items? Somebody over spawning? Please tell us about it here!
Topic locked
Post a new topic
2 posts • Page 1 of 1

Requirements for a Decent Report

Okay my fellow RotMGtoolers, I've started to notice an influx of this in the past couple of reports so I'm going to clear this up for everyone. Word of mouth isn't what it used to be. If you really want to have your reports taken seriously they need to follow a set list of guidelines that I intend to mention here.

1. In the subject list the name of the accused and add the note why, or what reason, you are reporting them, if you are reporting more than two people then list something along the lines of 'Multiple Reports' so that staff members know about how many people are in question.

2. List background details, the more we know about the situation, the better. But as I stated earlier, word of mouth isn't enough you need explicit proof that what happened happened. Say you are reporting 'Gigglegaggle647' for having a donator only item and you make a report consisting of "I told them to drop it and they said my mother was a hamster and that my father smelled of elderberries." and include a picture of their inventory, that really doesn't help me or any other staff member. Sure they have an item they aren't supposed to have and we can work with that, but where's the proof that you asked them and they ignored/refused/retaliated...etc. Don't be afraid to take multiple full screen screenshots, capture the culprit and what they say when they say it. The reason this helps is because I can confirm that you did indeed ask them to drop it, based off what they do/how they respond, will determine if a ban is necessary and for how long.

This will get added on to over time I'm sure, but this is the basic guideline to follow to ensure what gets done can get done as quick and as easily as possible.

We will review to see if true and if so, the accused will be warned / banned. 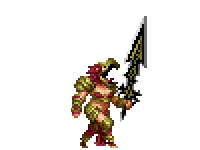 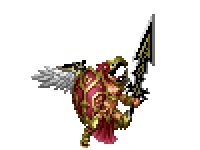 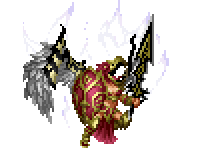